What is Qtum blockchain?

Based on the UTXO model used by Bitcoin, Qtum adopts the consensus mechanism of PoS and is the first public blockchain in the world to make this innovation. We have improved the consensus of PoS and adopted MPoS to avoid damage to the network environment by malicious nodes. At the same time, Qtum designs the AAL (account abstraction layer) so that the UTXO-based blockchain is able to support smart contracts. It is Qtum's innovation and technology upgrade to Bitcoin and Bitcoin's color coin. The DGP chain management protocol that we design and develop into the main chain also greatly reduces the harm caused by the fork and better maintains the decentralization consensus. The mobile client strategy will also make Qtum a bridge between real business and each of us, making each of us to better accept decentralized services.

What are the technical features and parameters of the Qtum blockchain?

The resulting EVM account model is simple for smart contract programmers to use. Operations exist to check the balance of a contract and other contracts on the blockchain. There are operations for sending QTUM to other contracts. Although these operations seem simple, the AAL is fairly complex and enables the addition of new virtual machines, such as the x86 VM.

What is DGP (Decentralized Governance Protocol)?

DGP uses smart contracts to control and update basic blockchain consensus parameters such as block size and gas fee (for smart contract execution). DGP will enable the upgrade of these parameters without the need for a hard fork. DGP does not eliminate hard forks for major new features and functionality.

Ethereum’s Solidity language was created for smart contract programming. As a brand-new programming language Solidity has some problems. With the x86 VM, a huge population of developers will be able to use familiar languages and tools to write Qtum smart contracts in popular and mature languages like C, C++, Rust, and Python.

What is Unita, Qtum Enterprise, QtumX?

Unita, previously known as Qtum Enterprise and QtumX, is a private blockchain for businesses. The Unita blockchain is based on the Qtum Mainnet code modified to use permissioned Proof of Authority consensus (block producers are designated by the blockchain owner). Unita runs very fast with 10-second block spacing.

Does Qtum have masternodes?

Qtum does not have masternodes. Every Qtum Core wallet is a decentralized full node on the Qtum network. Any staking wallet can publish new blocks.

Where can I find technical documents?

Please see the links to technical/developer documents and tools on the Developer page. Qtum is an open source project with source code, documentation and user manuals available on GitHub.

How can I buy QTUM？

Where can I get the latest news about Qtum?

I have more questions; how can I contact you?

For general questions about Qtum, user questions, wallet questions, and developer questions, please join us on the social media channels linked at the bottom of this page. You can also reach us using the Contact us page​

How many QTUM are needed to stake? What are the returns for staking?

You can stake with as little as 1.0 QTUM. You will need more coins for a realistic probability of winning a block reward. Block rewards are awarded in a random lottery process. The odds of winning depend on the number of coins in your wallet vs. the total number of coins being staked on the network.

What wallets are available?

Wallets from the Qtum developers are shown below. These wallets support Qtum QRC20 tokens and smart contract transactions, which is not always the case for 3rd party QTUM wallets.

The Qtum iOS mobile wallet is not currently available, but you can use the iOS wallet from Qtum partner Qbao Network​

Does Qtum have staking on mobile wallets or hardware wallets?

Only the Qtum Core wallet (desktop or server versions) can be used for staking. The Qtum Core wallet downloads and syncs the entire blockchain and smart contract state database. A staking wallet must be online 24/7 to process every transaction, new block, and smart contract call. Mobile wallets and hardware wallets have their roles but they are not full nodes and they are not capable of staking.

How can I secure my wallet?

Make a good backup of the wallet.dat file (Core wallet), key file (Web wallet) or Save Copy (Electrum). Write down and store offline your wallet passphrase, password or seed words. Never share your private keys or seed words. Avoid handling private keys directly. Encrypt your Core wallet using these best practices. Best practice is staking on a separate computer that is not used for general web surfing and email since those activities can be a source of malware.

What if my QTUM is still an Ethereum ERC20 token?

Prior to Mainnet launch, QTUM tokens existed temporarily as an Ethereum ERC20 token. These tokens would have an Ethereum “0x” address. Most Qtum holders swapped these tokens for Qtum Mainnet coins, which have a “Q” address, in October 2017. If you still have Qtum ERC20 tokens you may be able to swap them for QTUM coins at gate.io using this procedure but don’t delay.

What are QRC20 tokens? 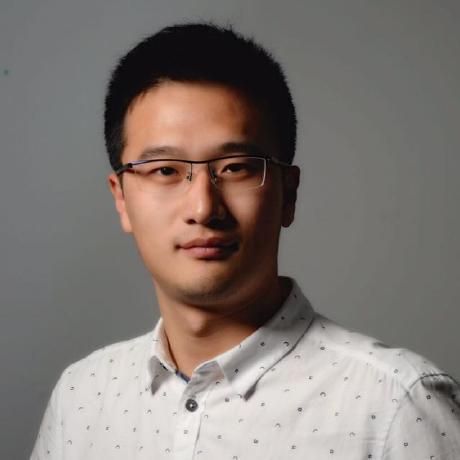 Last updated 2 years ago
Contents
What is Qtum blockchain?
What are the technical features and parameters of the Qtum blockchain?
What is AAL (Account Abstraction Layer)?
What is DGP (Decentralized Governance Protocol)?
What is the x86 VM?
What is Unita, Qtum Enterprise, QtumX?
Does Qtum have masternodes?
Where can I find technical documents?
How can I buy QTUM？
Where can I get the latest news about Qtum?
I have more questions; how can I contact you?
How many QTUM are needed to stake? What are the returns for staking?
What wallets are available?
Does Qtum have staking on mobile wallets or hardware wallets?
How can I secure my wallet?
What if my QTUM is still an Ethereum ERC20 token?
What are QRC20 tokens?